Communications team
|
Oxford University researchers are testing a new technique to identify the ‘DNA fingerprint’ of pancreatic cancer in the blood of patients – the first attempt of its kind to detect the presence of the disease before a tumour has even formed. Pancreatic Cancer UK, which has funded the innovative study with a grant of more than £100,000, hopes successful results could help revolutionise diagnosis by detecting the disease earlier than ever before, ultimately saving lives. Currently one in four people with pancreatic cancer die within a month of diagnosis, making it the quickest killing cancer.

Survival for pancreatic cancer has remained appallingly low for decades with less than 7 per cent of people with the disease living for 5 years. Currently no screening or early detection tests exist for pancreatic cancer to help doctors. Vague symptoms – such as back pain, indigestion and weight loss mean pancreatic cancer often goes undetected until after it has spread, leaving patients ineligible for the only potential cure – surgery to remove their tumour.

As they rapidly grow and duplicate, pancreatic cancer stem cells discharge some of their DNA into the blood stream. Researchers hope by analysing blood samples from pancreatic cancer patients and comparing them to blood from people without the disease, they can identify a unique ‘DNA fingerprint’, or biomarker, to help doctors determine when to urgently refer future patients for tests such as ultrasound, CT, or MRI scans to confirm diagnosis and quickly get treatment.

Currently half of all patients (53 per cent) are diagnosed at stage 4, after the cancer has spread to other organs in the body. The success of this project would be an important step in developing a simple test to help indicate the presence of the disease earlier than ever before, while it is still confined to the pancreas, which would significantly improve patients’ chances of being able to have curative surgery.

Dr Chris MacDonald, Head of Research at Pancreatic Cancer UK, said: “Research into pancreatic cancer has been grossly underfunded for decades, stifling innovation and delaying desperately needed breakthroughs in diagnosis. Pancreatic cancer is incredibly adept at evading our immune system and chemotherapy, and its vague symptoms – like back pain or indigestion – pose a huge challenge for doctors. All too often the disease is able to develop unnoticed until it’s tragically too late.

“The team from Oxford University are aiming to identify pancreatic cancer far earlier than ever before, and that’s really exciting. This new approach they’re testing has the potential to transform the chances of future patients of being diagnosed in time to receive treatment.”

The research at Oxford University is one of six promising new projects to receive a grant from Pancreatic Cancer UK’s Research Innovation Fund in 2019. Grants are intended to help combat the cycle of underfunding which has hampered desperately needed progress on diagnosis, treatment and survival for pancreatic cancer. By funding cutting-edge projects, Pancreatic Cancer UK helps researchers take their work to the next stage of development and closer to much-needed breakthroughs. Since its creation Pancreatic Cancer UK’s Research Innovation Fund has awarded more £2 million to research projects, which have gone on to attract more than £14 million of additional funding.

Dr Siim Pauklin, Lead Researcher of the proposal and a Principal Investigator at the Botnar Research Centre at Oxford University, said: 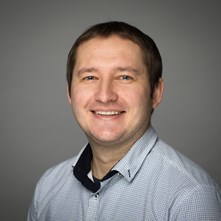 “I am delighted that Pancreatic Cancer UK has decided to support our research proposal. The difficulty in cancer detection has remained a major challenge in the field for a long time and this is tied to the poor therapeutic outcome of pancreatic cancers not only in UK but globally. Our research will provide insight to the molecular mechanisms that control the stem cell-like characteristics of pancreatic cancer stem cells and develop more efficient ways for detecting pancreatic cancers at an earlier stage. We hope our novel strategy will bring us closer to overcoming this hurdle, so that there will be more time and opportunities for successfully treating pancreatic cancer patients.”